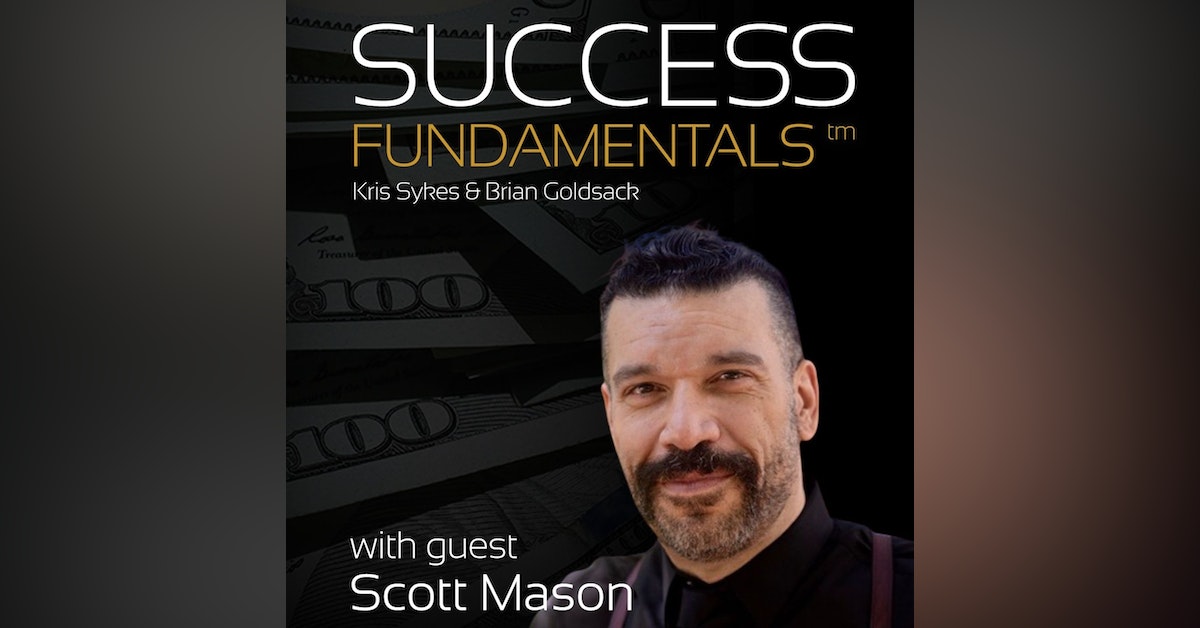 Joining Kris and Brian in this episode of the Success Fundamentals Podcast is Scott Mason. Let’s hear from Scott as he tells us a little about himself and his humble beginnings. Scott delves further into what he does and why he’s so successful at what he does.

Scott Mason’s life story is one of profound resilience, perseverance, and triumph against challenge.  He was born in England but adopted by and raised as the son of a Midwestern civil servant and a factory worker. As a bookish bi-racial child raised by African-Americans in a conservative rural community, he never encountered others like him to look up to or act as mentors. So he grew up playing with crawdads and turtles alone in a nearby creek, looking up at the moon from the backroads in wheat fields — knowing there had to be more.

Kids like Scott weren’t supposed to make something of themselves.  And on his journey, he faced tremendous — almost overwhelming — odds, including physical violence and obstacles presented by those who did not believe that he could or should succeed.  But thanks to a few inspiring teachers who believed in him, a lot of hard work, and a dash of luck, Scott eventually made it to New York City, where he graduated from Columbia Law School and lived ever since.

Scott’s history and triumphs against adversity led to unlikely and unexpected success as an attorney, government official, nonprofit executive, entrepreneur, and community leader in one of the toughest cities on earth. His journey has flown in the face of those who believed that individuals like him — working folks, people of color, and members of the LGBTQ+ community — could not and should not succeed, let alone lead. His ability to jump over barriers, consistently perform at the highest levels across professional sectors and repeatedly reinvent himself have given his message genuine authority and intellectual heft.  And it has given him a zealot's passion for ensuring that others never lose the internal fuel that will rocket them to ultimate levels of personal satisfaction and achievement.

You can learn more and connect with Scott Mason on the following links below.

Email has been submitted.